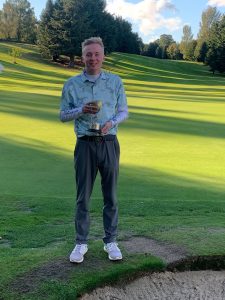 Congratulations to Jack McDonald of Roxburghe who defeated Darren Howie of Peebles in the Final of the 2021 BGA Matchplay played at Hirsel Golf Club on Sunday 3rd Oct. Jack beat Darren at the 6th extra hole after some superb golf where the best ball was 58 between them in regular time. Darren beat Jamie Tinlin of Hawick in the first of the morning Semi-Finals , whilst Jack beat Steven Waldie of Peebles in the other semi. The BGA would like to thank Hirsel Golf Club for use of their course and clubhouse. 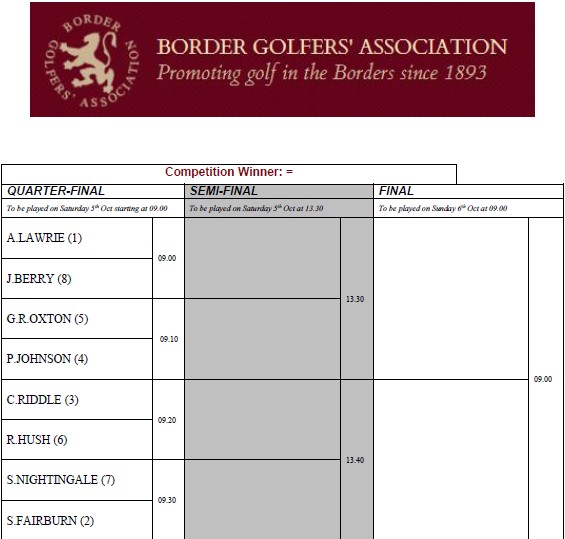 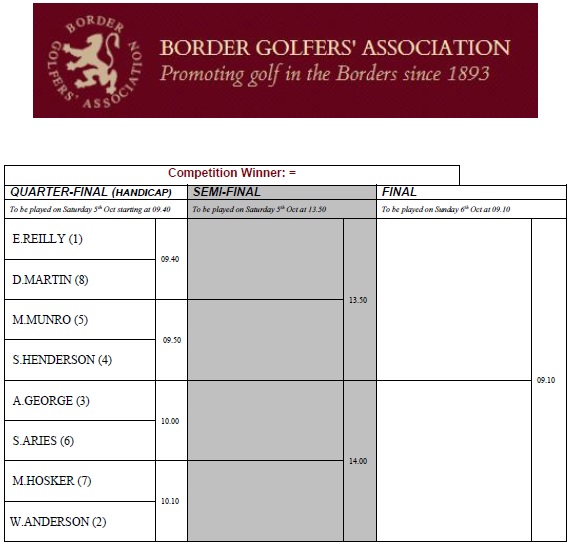 Fourteen golfers teed off in the 2018 BGA Match-play championship on a dry but windy Saturday. This was cut down to 6 for the afternoon matches when they were joined by the two top seeds. Both failed to come to terms with the lightning fast green and were defeated by Mark Ford and Ewan Reilly. They were joined in the semi-final  by Paul Johnson and Colin Riddle.

Sunday morning was very cold when the players teed off. In the first match Mark held his own until the 13th hole where a 3 putt there and bunker trouble on the 16th saw Paul go through to the final. A chip in for a birdie at the 11th par 5 kept Ewan in touch but Colin went through in the end.

The course was very quiet when the boys, very experience Boys, teed off. Colin the holder and Paul the winner the year before.

1st hole Colin’s put himself behind the big tree on the right. He clipped another tree with his second shot and Paul won with a 4.

2nd Hole Paul was in his first of many bunkers with his tee shot but got his ball on the green and the hole was halved in 4’s.

3rd Hole Both had good drives. Most of the time they were side by side like two peas in a pod. Both on the green in two but Colin 3 putted. Paul 2 up.

6th Hole Par 4 Paul was long through the green, Colin, pin high but off the green. Paul takes 3 to get down. Paul 3 up.

7th Hole Par 5. Paul puts his 2nd shot into a bunker 50 yards from the green, gets on to the green but Colin holes for a birdie. Paul 2 up.

9th Hole par 4 Colin on green, Paul in bunker but gets up and down. Paul 1 up.

11th Hole Par 5 Paul burns the hole with his 3rd shot and his birdie puts him back in the lead.

12th Hole Paul in another green-side bunker, two putts for Colin wins the hole. All square.

13th Hole Par 3. Paul on the fringe about 12 feet from the hole, Colin is on the very front of the green, 30 yards away. He putts the ball dead. Paul has not got a good lie. A putt, a chip or use a rescue club that is the question. His choice was to chip but it run away from him and his return put missed. Colin 1 up.

14th Hole Par 5. Colin’s second shot finished 30 yards short. Paul, trailing would have got onto the green if a bunker had not gobbled it up. He was having a tough time with sand. To be kind his next shot was not his best and he was further away from the hole but a great put just missed. It was to no avail as Colin holed his birdie putt. Colin 2 up.

15th Par 3. Once again the sand attracted Paul and took two to get out, and Colin’s par put him dormy.

16th Hole Par 4 Paul on the green in two, Colin through the back and did not get up and down. The match was still alive. 2 up with 2 to play.

17th Par 4. This is the first time Paul has played the 17th this weekend. His three other matches were won before this. I think he will agree that he could have played it a little better. His drive went right into thick rough; a hack went a few yards, still heavy rough. The 3rd went into a bunker and he also his 5th or 6th ended into another bunker. At this moment he called it a day and shook Colin’s hand and we retired to the club house for the Presentation. 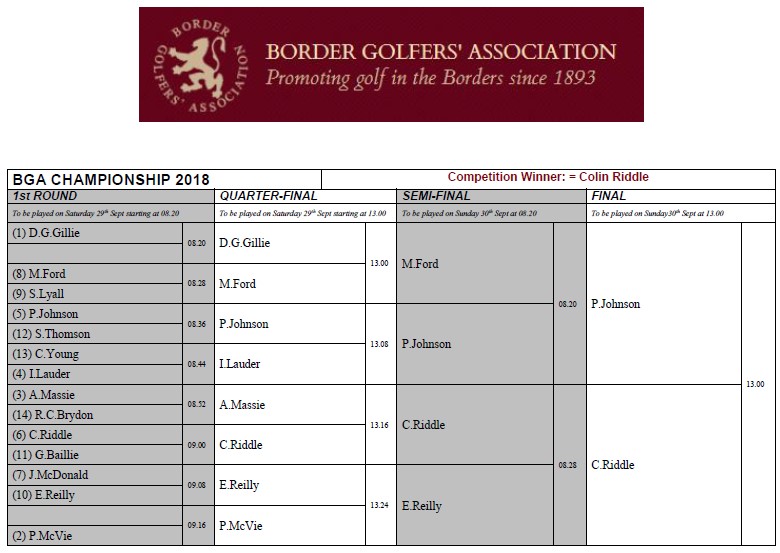